Our planned trip to the Red sea didn’t promise to be remarkable in any way. These days working people (thanks to Cheaptrip) can afford going to Egypt just about the weekend. 🙂 But we fail to come up to this level, but once a year between long-distance travel we certainly decide to make this kind of a sally in order to get rid of a diver’s addiction to the azure deep, palms and the sun.

Overall it all started as usual. But at the entry a small oddity has been waiting for us – it turned out to be that they don’t vise the passport with a visa anymore. 😯 Moreover they don’t even demand for the purchase of the visa and don’t check it’s availability anymore. There was no need to buy the visa earlier either (if only you planned on vising the area of Sinai), but the customs inspectors always tried to convince everyone of it’s necessity and hated to vise the passport with a sinai stamp. Now everything became simple. =^_^=

We decided to dive with tried and true guys — from Red Sea Diving Colledge (RSDC). They have very lucrative prices for different kind of diving packages (5 days/10 dives — 180 Euro) + you can take a passenger onboard for free + that’s just a reasonably good diving center. After all it’s a multiple «World Diving Awards» prize winner! Diving center is located Naama Bay on-shore. We have chosen the hotel in Naama Bay close to the place where we were going to dive. We found a modest 4-start hotel (as a matter of fact it turned out to be a 3-star with a minus hotel). The hotel was located upon a mountain where you could have a splendid look-out over the whole city, the bay and mount Simai. 🙂

Our first day we registered with the diving center. Next morning a dive-boat, boat with a familiar name Kerry-1, carried us away to the local sites. Light fresh breeze and wavelet that was quite normal in Sharm el-Sheikh for that time of the year didn’t upset us at all. Regarding the weather it turned out to be the best day during our stay there.

First two days we had a nice diving in local sites and close to the isle Tiran (Woodhouse, Jackson Reef). Everything was quite beautiful although without a sense of euphoria. One of the best moments that stuck on my mind – a pair of nudibranch, beautiful glass micro-prawns with clownfish on the anemonefish, cute peppered moray, big stock of glassfish under the massive coral head, spectacular starfish, blue-spotted stingray on the sand and a lovely sponge in the form of a jug. I call them «jugs». There was a drillion of lionfish! I don’t consider lionfish as an underwater sightseeing anymore. Although they are great as models for the underwater photography practice. All in all that’s fine for a start.

It was so warm underwater, but a real torture to get out of water. The vertex instantly froze in the wind. Instructors dived in dry suits. In my 3 mm – thick shorts without boots and scuba hood I looked like a walrus. 🙂 But it was only the beginning.

On the third day we decided to take a break. My companions stayed ashore and I dedicated that day to PADI Underwater Photographer course. In general I can’t say that I found something new in that course. One undeniable advantage was an opportunity to practice photography without any haste. The training was conducted by an individual guide. I dived offshore directly across from RSDC. It’s interesting to note that my diving was not boring in any way. As for me it was none the worse than diving at Ras Mohammed.

Right opposite the hotel beaches a beautiful eagle ray dwelled in the waters that by the way didn’t even frighten the divers. If you were attentive enough you could see Ghost Pipefish on the sand. Right there on the sand-bank on the beach we managed to see quite rare in these parts a beautiful fish: a juvenile emperor angelfish! It felt rather comfortable among the pieces of artificially submerged concrete blocks and we even managed to take nice pictures of her (anyone who ever tried to take a picture of a fish knows what it takes). 🙂

There were isolated coral towers with lots of lionfish and different kinds of small fish. At some distance from our place on the sand laid a huge a few meters long potato grouper. What is more he allowed to approach him with a camera real close. Quite a photogenic shoal of yellow goatfish settled close to potato grouper among the submerged constructions on a stream. Sometimes here on the head you could stumble upon a shoal of striped eel catfish, skirring amusingly the bottom of the sea.

All in all although the diving was offshore it was reasonably good and memorable day! :happy:

A little bit later it all became even more interesting. On the fourth day of our trip there was a nasty turn in the weather. Having come to the diving center in the morning we were ready to go to the ship when we were upset with a bad news. We found out that because of the gale warning no ships were allowed to leave the port. Mildly speaking it was a disappointment. Surely I knew that Egypt was not so hot in winter. But when you‘re going somewhere in slow time you always want to think that someone else would have ill luck with the weather, but you would never have. Someone else will be sitting in the hotel, observing sandstorms during the day time, empty beaches with broken umbrellas and a storm from the open window. And late at night someone else will be turning on the heating instead of air conditioning. And it turned out to be that this time it was you who have had ill luck. 🙁

There were no storms, but the wind rose, the temperature was falling. The louring sky, the wind and the temperature +20°C – everything reminded of a cold summer in St-Pete. We paid for a diving package and had a limited number of days to stay in Sharm el-Sheikh. That’s why we were proposed to dive offshore. To smell the pre-paid air. :unsure: Everyone made a wry face, but we had no choice afterall. Because when you take a diving package with at a substantial discount and they didn’t make amends in case of some change of plans due to weather conditions. Having grated teeth we agreed. I didn’t have a great desire to see the same stuff for a second day in a row. But I found an occupation for my-self to swim after the stingray that dwelled there which I succeed in and for my heart’s content I also managed to frighten a little a huge grouper with my camera lens at the same time I caught an excellent moment to take a picture of imperceptible till that moment cornetfish. :happy: So we used two more paid oxygen containers hoping that tomorrow we might have better luck.

But we didn’t have! Next day everything repeated. It was windy and cold. And it was not funny anymore. We didn’t want to spend the third day on that beach! 😥 After long negotiations we agreed to dive from the beach and then from the remoted reef of extremely expensive hotel Hyatt Regency. RSDC had their small affiliate over there. There was nothing much to see. But it was much
better then chilling with lionfish on the same beach for the third day. Some kind of diversity anyway, hang out in a 5-star hotel, where according to the diving center personnel the King of Saudi Arabia stays. Back on track of the weather it was disgusting. It rained occasionally, the temperature was 18-20°C and didn’t rise. But the most interesting was in store for us.

We saw snow! In Egypt! 😯 Strange as it may seem but our ship was allowed from the port. But when we came to the isle Tiran and made fast all the eyes of divers and all members of a team were on mount Sinai. The clouds broke away. And we saw that we the top of the mountains were snow-covered. My goodness! 😯 Stuff happens. By the way, there was no snow in St-Petersburg at that time. Not a single snowflake! Afterall it was December. Lucky things. How did we end up going to the Egypt to found snow in there? Meanwhile the temperature fell down to 15°C. Even the sea that is considered to be some kind of a real «radiator» grew cold during our one-week stay. Water temperature fell down from 26°C to 24°C.

However it was all so tranquil underwater as well as before. And on our last day we were rewarded with a miraculous dive. Right after the plunge to 24 meters depth for a couple of minutes we swam side by side with a whitetip reef shark! :happy: She swam along the reef deliberately. But the depth and the current made it dangerous to give the opportunity to aproach her. That’s why I couldn’t to take a picture of her with my P & S camera. 🙁 In the place of the interflow of two streams we got into a thick fish soup: huge stocks of suez fusilier, stocks hornless nosefish. Ready at hand we saw a flamboyant puffer fish and an idle green turtle. In it’s turn she was ready to pose. This was the end of our diving and the ending was quite worthy. 😀

This is what happens Sharm el–Sheikh in winter. In general I can conclude that it’s impossible to guess where you can find something interesting. I would have never thought that for example an eagle ray that was some mysterious creature for me that I observed only somewhere faraway in the blue of the sea in a 20 meters distance would come across me so close! :happy: And moreover right on the sandbank directly across from the beach with the swimming tourists! And not on a somewhat «preserved reef». And I would have never thought that it would humbly allow me to chase him with my camera and posing me in all kinds of shooting angles. 🙂

So this was a December underwater photography course. And after the New Year’s holidays a new show-piece added to my collection of cards. 🙂 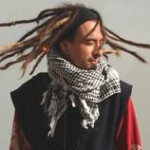 Traveler, editor, author of the reports.

This site uses Akismet to reduce spam. Learn how your comment data is processed.